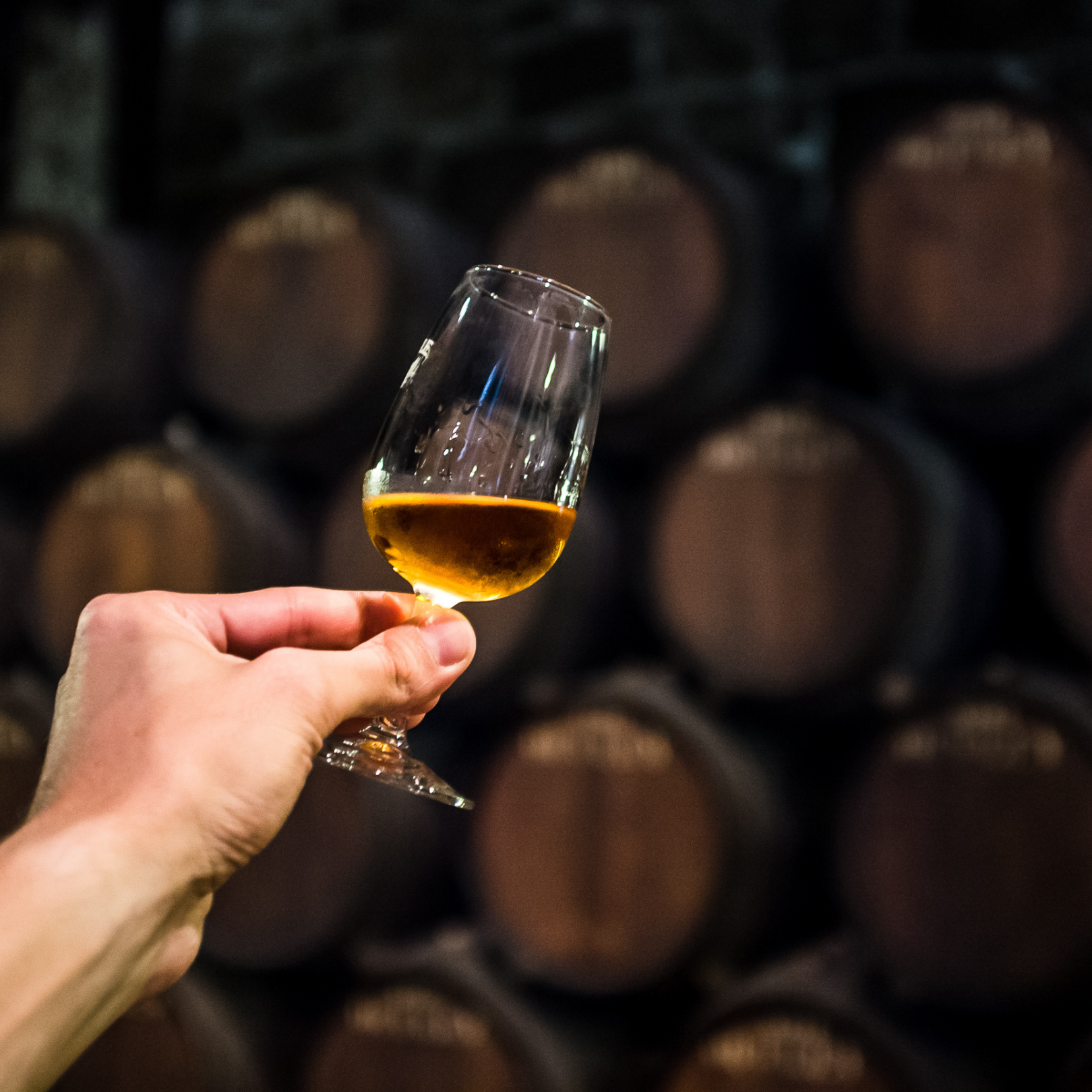 by Case by Case Wines

If you love cocktails and think you don’t like wine, you will love fortified wines. But fortified wines are not distilled like liquor.
During the process of fermenting a still wine, the winemaker adds neutral grape spirits, such as brandy or an eau de vie (a clear fruit brandy,) to stop fermentation and raise the alcohol level. This process also adds complexity to the flavor of the base wine.
Do not drink these wines quickly, but savor them over dessert, after-dinner conversation, or a fireside chat. You can serve some fortified wines as aperitifs as well.
Before the advent of refrigeration, people added alcohol to wine to prevent rapid oxidation and the risk of their wine turning to vinegar. This technique was successful in the days before the discovery of glass wine bottles and modern transportation methods.
Today these wines are in a class of their own, with a wide variety of styles and flavors to suit anyone.

Most fortified wines are blended with different grapes and vintages, though you can find single vintage and single grape styles.
The process starts with fermenting grapes as with a still wine. Then the winemaker adds alcohol to create the style and sweetness desired for the final product.
When adding alcohol early during fermentation, the wine will be sweeter. When adding alcohol later during fermentation, the wine will be drier.
When adding spirits to fermenting wine, the wine’s alcohol rises above 15%. This kills the yeast, leaving residual sugar.
Most fortified wines are aged in oak or other wooden barrels, especially more expensive wines.
Except in the case of vermouth, winemakers do not add flavorings to impact the taste. Vermouth includes botanical elements to give it a characteristic herbal flavor. 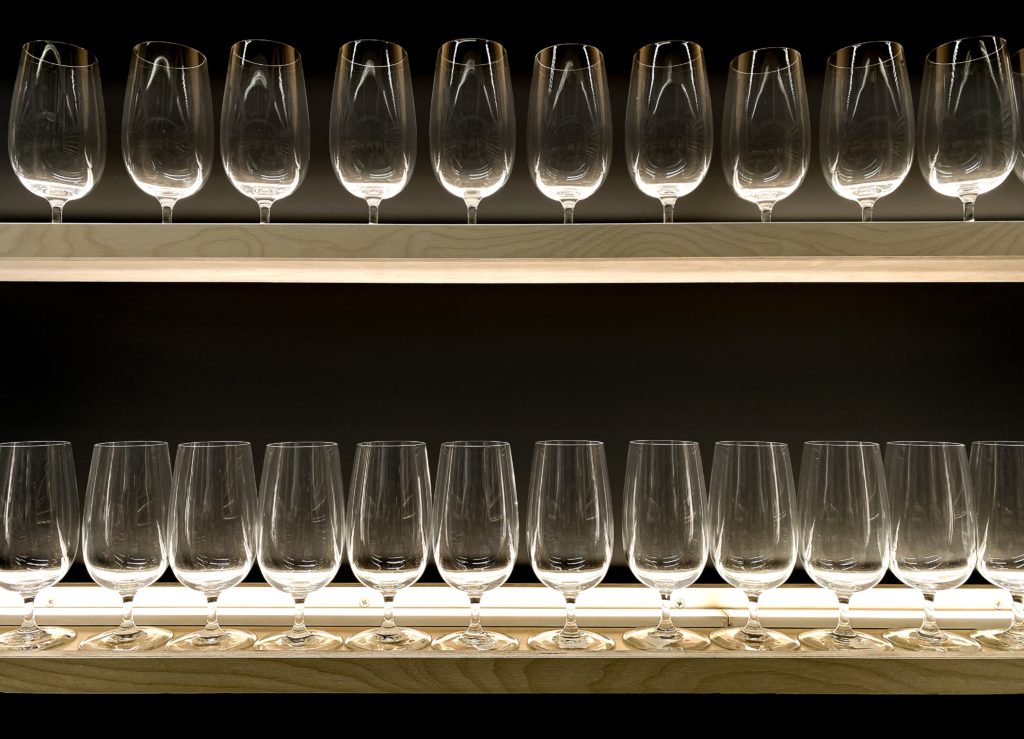 Fortified Wine: A Bountiful Variety to Choose From

With many options available, you can find wines for every occasion, each unique in flavor and style. While classic regions, such as Port and Jerez, produce such wines, you can find local versions in many countries.
Styles of fortified wines:

Commandaria
From the island of Cyprus comes Commandaria. This wine hails from the north of the country near Limassol. Made from high-altitude vines and grapes dried in the sun, it undergoes oak barrel aging. Look for true fortified versions since some new styles lack the additional alcohol.

Madeira
From the remote Portuguese islands of Madeira comes a fortified wine nick-named “Vampire Wine.” The wine is deliberately heated with barrels aging in the sun, oxidizing and preserving it. You can’t kill this wine!
Using only white grapes, the winemaker controls the sweetness by the timing of the added alcohol. The different classifications based on grape variety include:
• Sercial: a dry style wine served as an aperitif with nuts and olives
• Verdelho: a semi-dry style served with earthy dishes such as mushrooms
• Bual: a semi-sweet wine served with desserts
• Malmsey: a rich sweet wine also served with desserts
As with Sherry, use cheaper versions for cooking, not for drinking.

Marsala
Marsala, created as a cheaper version of Port or Sherry, comes from the island of Sicily, near the town of Marsala. Producers add alcohol at the end of fermentation, resulting in a dry wine. Again, use sweeter styles for cooking.
Aged for about four months, Fine Marsala has a minimum alcohol level of 17% ABV. With minimum alcohol of 18%, Superiore is aged for at least two years. You can also find unfortified Marsala.

Mistelle
Mistelle is a lightly fortified wine drunk as an aperitif in France. Some winemakers use it as an ingredient in other fortified wines such as Marsala or vermouth. The production follows the same pattern of adding spirits to fermenting wine, but it is not fermented dry.

Moscatel de Setúbal
Another fortified wine from Portugal, Moscatel de Setúbal comes from the Península de Setúbal, south of Lisbon. The founder of the famous J.M. Fonseca company created this wine. Made from the Muscat of Alexandria grape, it can be vintage or nonvintage. This elegant, layered wine has a rich, viscous quality.

Port
Port, along with Sherry, is the most famous of the fortified wines. A red and sweet wine, Port originates in the Douro Valley of Portugal. Winemakers add brandy about halfway through fermentation. You can find dry Port and white Port.
Port styles include:
• Ruby – the youngest, freshest and least-expensive style, not generally aged
• Tawny – aged in wood barrels with some oxidation, can be sweet or medium-dry
• Vintage – made from grapes of one harvest, aged in barrel or stainless steel for a couple of years, then in bottle for up to 40 years
• Late Bottled Vintage – a vintage port left to age longer in barrel
While port-style wines are made around the world, EU law protects the Port or Porto designation.

Vermouth
Vermouth’s distinctiveness comes from the addition of herbal ingredients such as wormwood and spices. This type of wine is called an ‘aromatized’ wine. Created as a medicinal tonic, dry vermouth has a white wine base. There are some sweet red versions, with simple syrup added before fortification.
Famous as an ingredient in martinis, vermouth is a favorite of bartenders around the world. You can also enjoy it as an aperitif. Not a protected designation, many countries make vermouth, including France, Italy, and the U.S.

Vins doux Naturels
Common in the south of France, in the Languedoc-Roussillon region, ‘vins doux naturels’ are fruitier and lighter, becoming more profound with age.
Grape spirits are added during fermentation. Only the red vins doux naturels have oxidized and unoxidized styles. Using mainly the white grape, Muscat, and the red grape, Grenache, styles include:
• Muscat de Beaumes-de-Venise – white, most well-known
• Muscat de Rivesaltes – white
• Muscat de Frontignan – white
• Banyuls – red
• Maury – red, can age up to 20 years
Rivesaults (reeve-salt) is typically served chilled and drunk as an aperitif or with food. They range in color from pale yellow-gold to deep amber.
Made like port, with alcohol added during fermentation to maintain sweetness, winemakers age these wines in large glass containers called demi-johns. These are then left outside for about a year. After, the wines are aged in wood barrels for up to 50 years. Long-aged versions of these wines are richly layered and textured.
There are many other styles of fortified wines made around the world, including other aromatized wines like Dubonnet and Lillet. 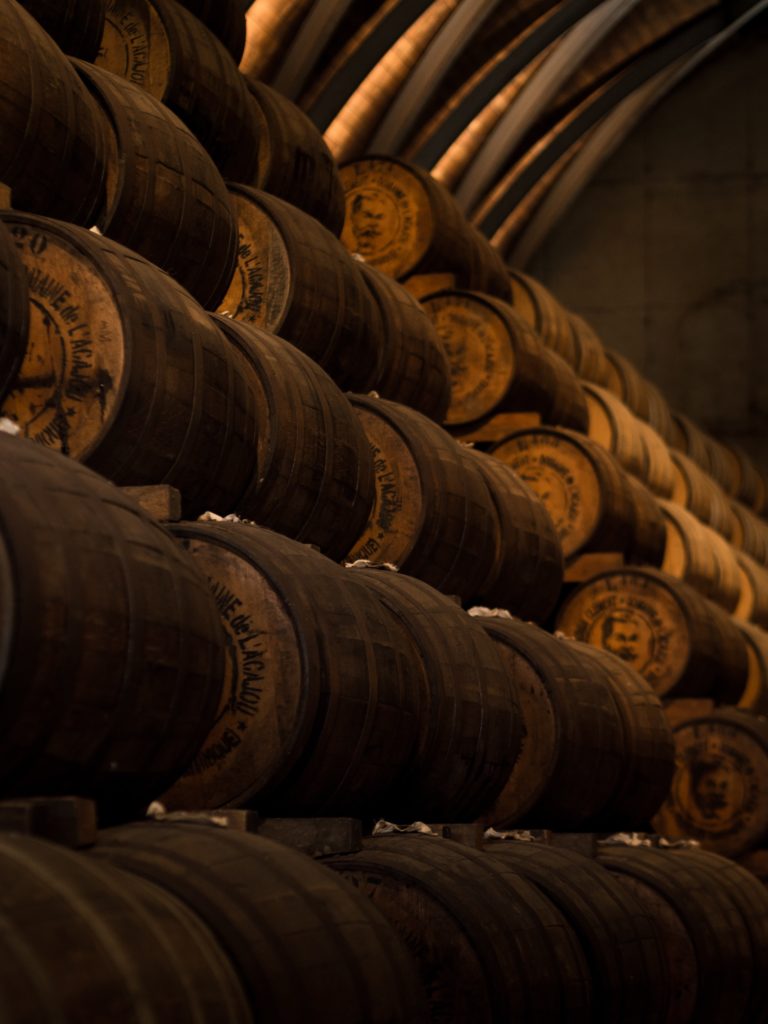 • Store fortified wines in a cool, dark place.
• Serve cold in small glasses due to the higher alcohol content (15.5% – 22% ABV.)
• Drink lighter wines, such as fino sherries, sooner because they will not hold long.
• Drink darker, sweeter styles at room temperatures. These will hold for several months.
• When serving fortified wines that have extended oak aging, decant and aerate them.
• With heavier wines, serve with duck, foie gras, truffles with blue cheese, and fruit desserts.
• Use older or leftover wines for cooking.
Fortified wines are a fabulous way to start any occasion or end any meal. An after-dinner plate of strong cheeses and nuts is perfect with most of these wines. Most sweet desserts and chocolates also pair well. Or enjoy a sip of a delicious fortified wine on a cold winter’s eve.

ABOUT Case by Case Wine

Launched in 2020, Case by Case Wine committed to sourcing wines of exceptional quality and value from around the world at the lowest price point.

Their direct-to-consumer (DTC) sales model uses technology to integrate and improve the wine distribution channel, resulting in the market’s most competitive pricing.